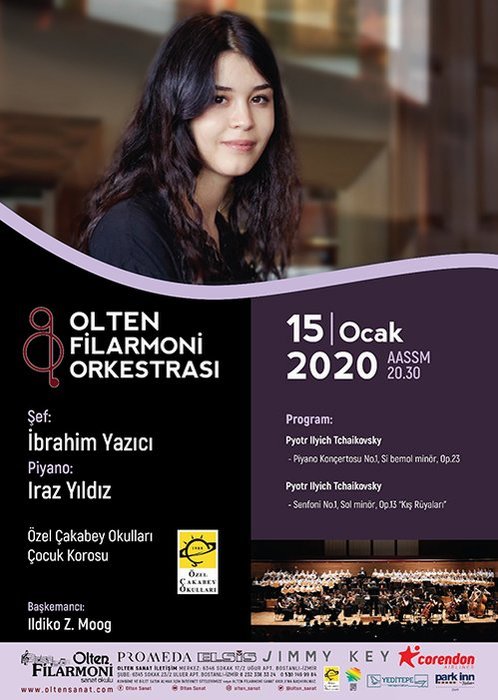 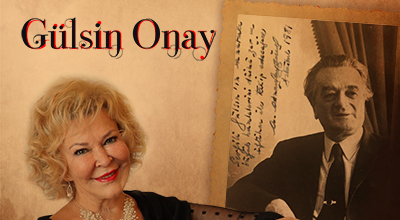 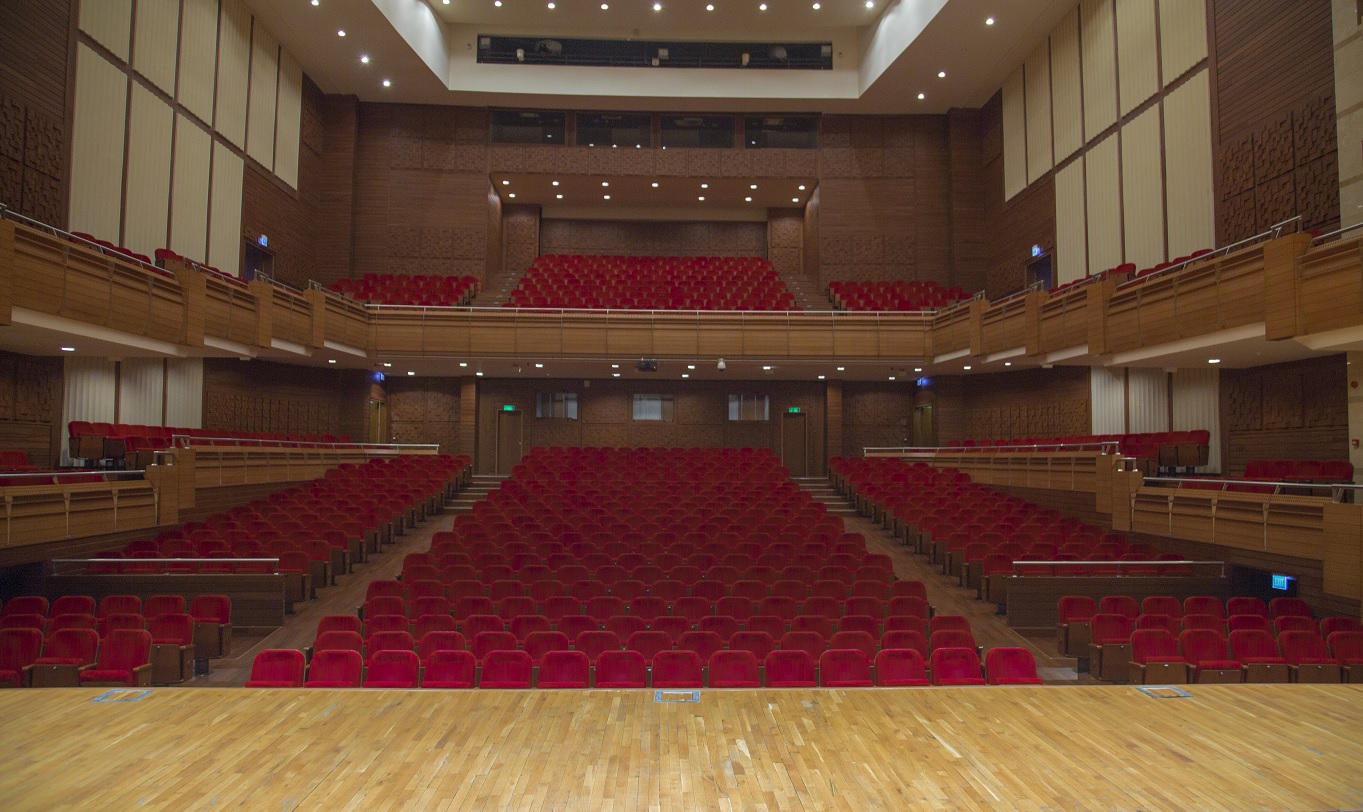 The acoustic project of the great hall of 1130 seats was consulted by the British ARUP company which has designed the acoustic project of the Sydney Opera House and the Royal Opera House. The hall has four simultaneous interpretation rooms that can be used for international events, an elevated orchestra pit in front of the stage and a technical infrastructure where all kinds of concert records can be made. Thanks to the lift stage in the great hall, events which require an orchestra pit can be undertaken and 43 spectator seats can be added into this area, as per the needs of the event. 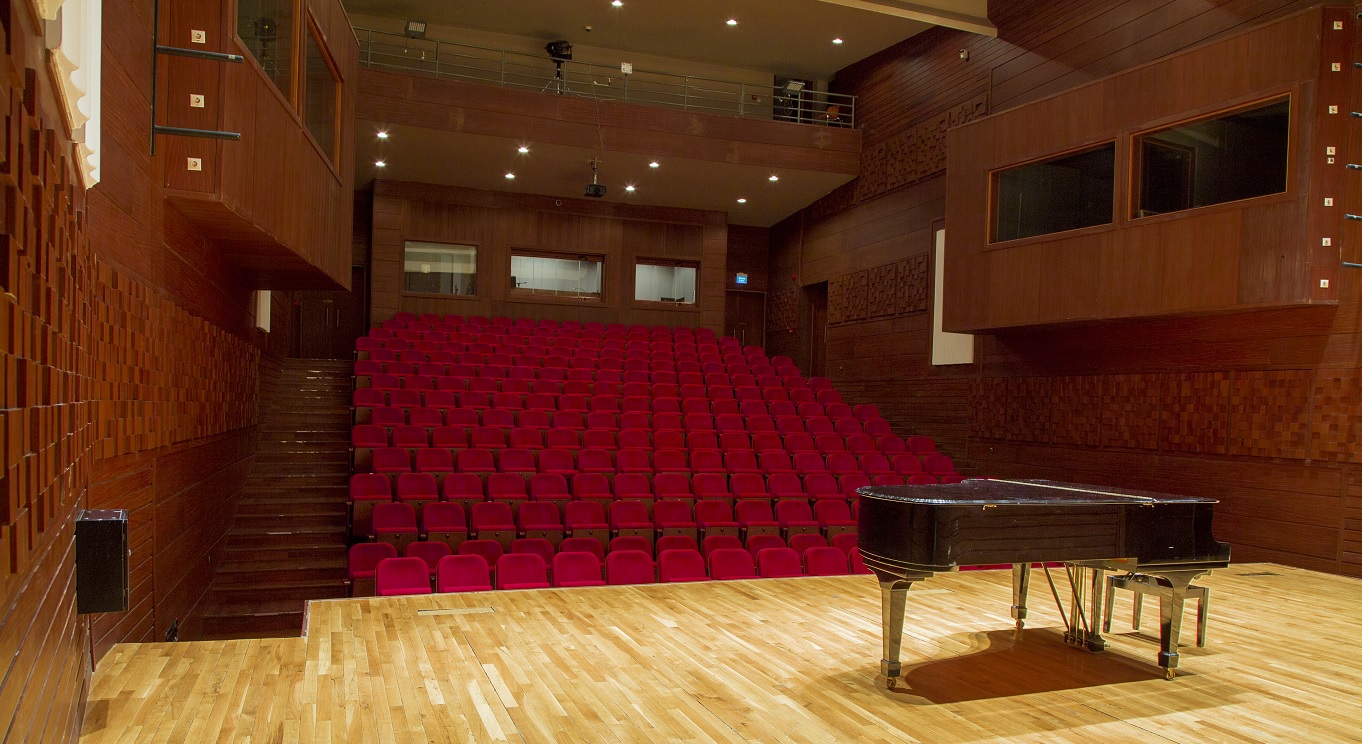 There are four simultaneous interpretation rooms, audiphones, a film screen and professional audio, light and video systems for conferences, seminars and film screenings in the multi-purpose small hall for 243 people. 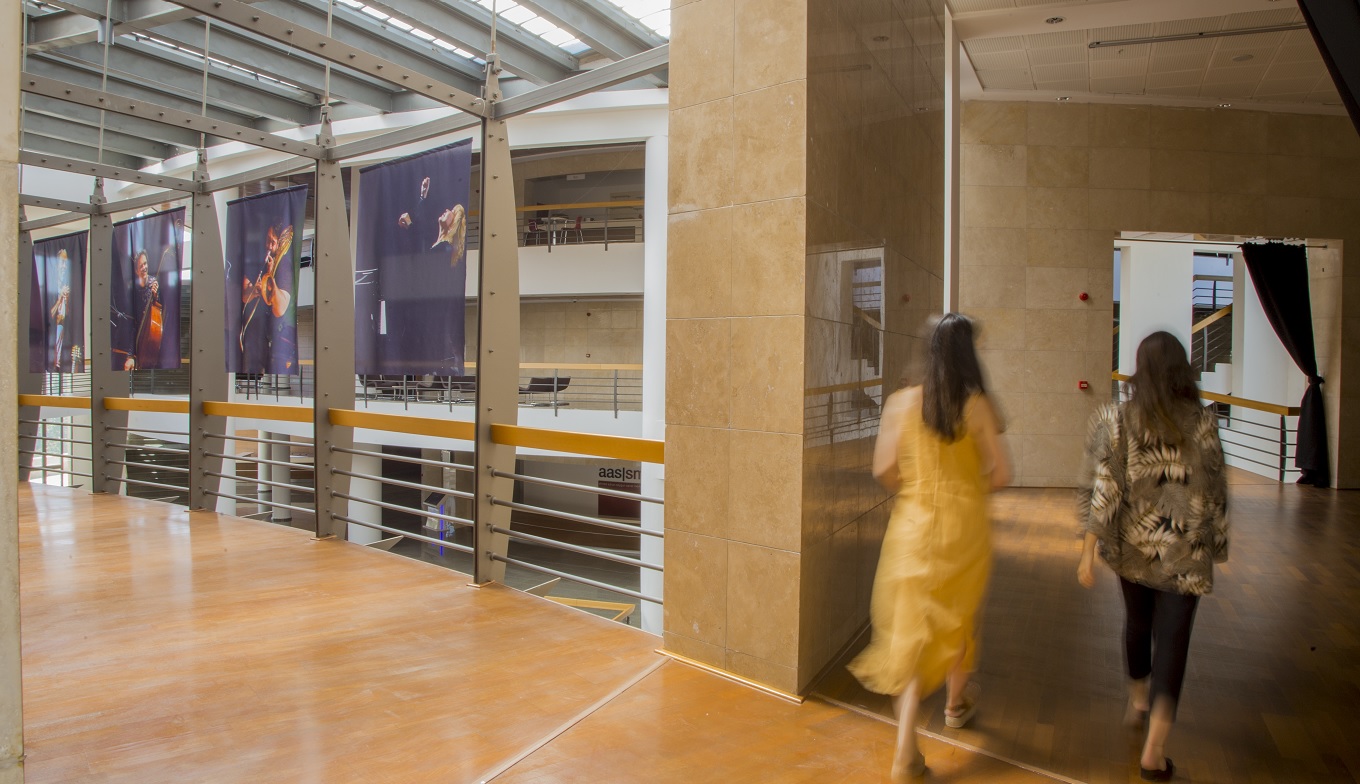 AASAC has five exhibition halls which can host plastic and current art exhibitions. Connections between the galleries are enabled through bridges and stairs. The lighting of the artworks is provided by architectural and rail spot lighting systems in the hall and aluminum stem bar lifting systems as well as different sized pedestals. For security issues, optical smoke detectors, a fire extinguishing system and a camera system are also available. There are projections and also speakers for music broadcast and announcements. 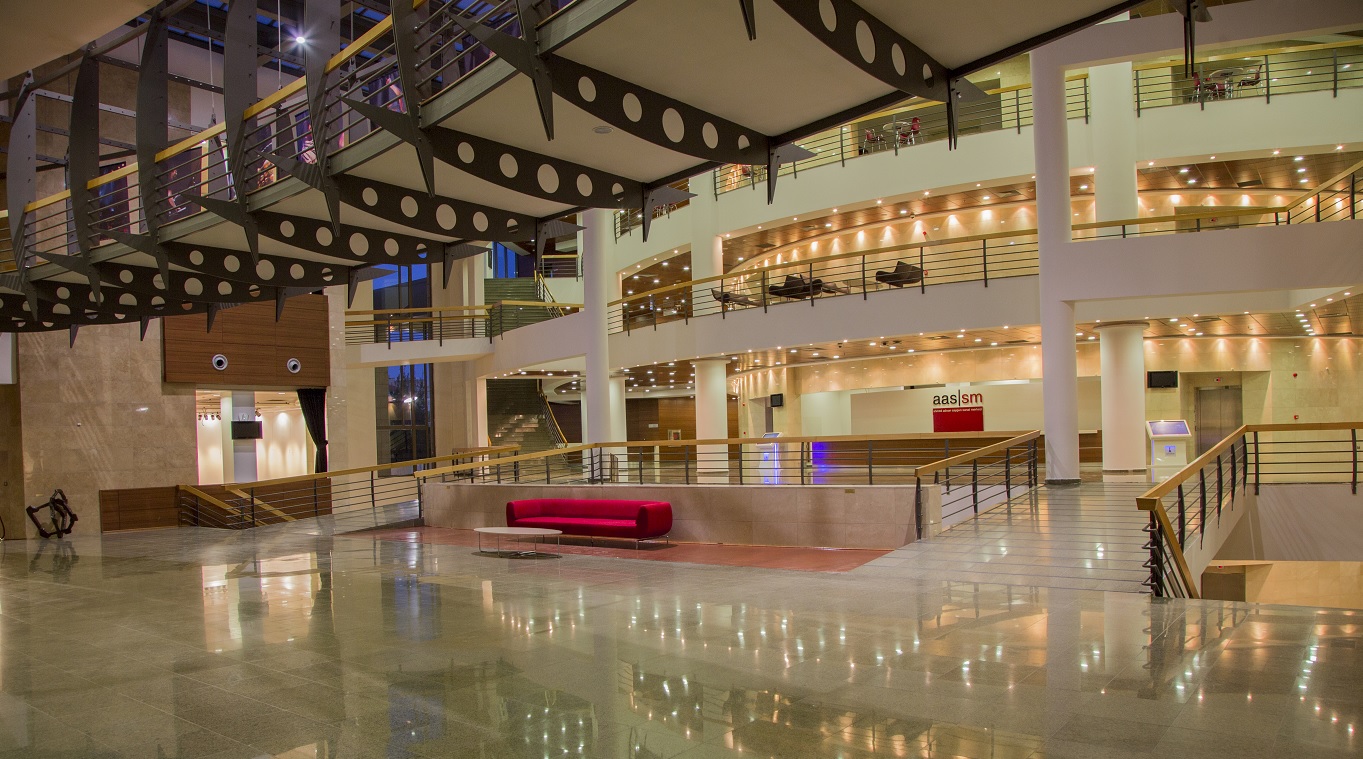 There are a total of three foyers in the downstairs, entrance and upstairs of the 1140 metersquare area in AASAC. 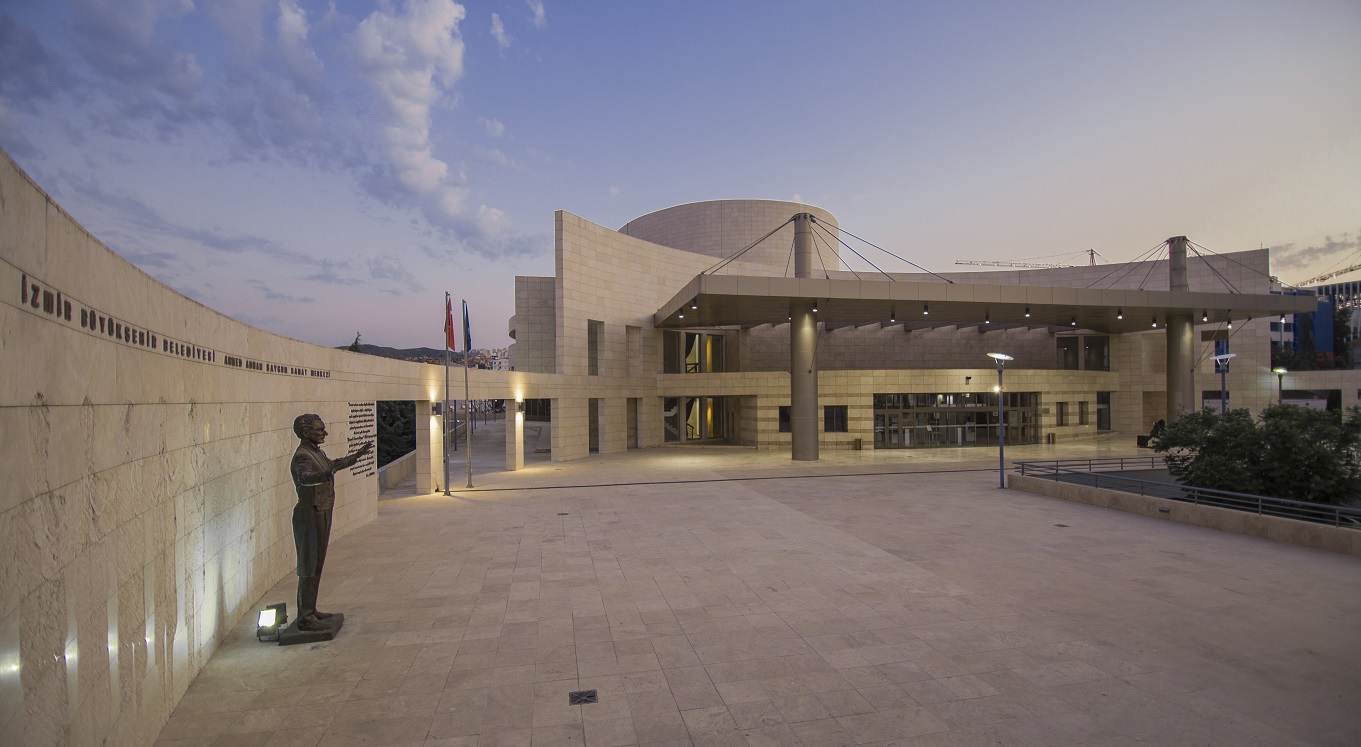 There is an outdoor area of 460 metersquare where activities such as open-air cinemas, exhibitions and live concert broadcasts can be held in AASAC. 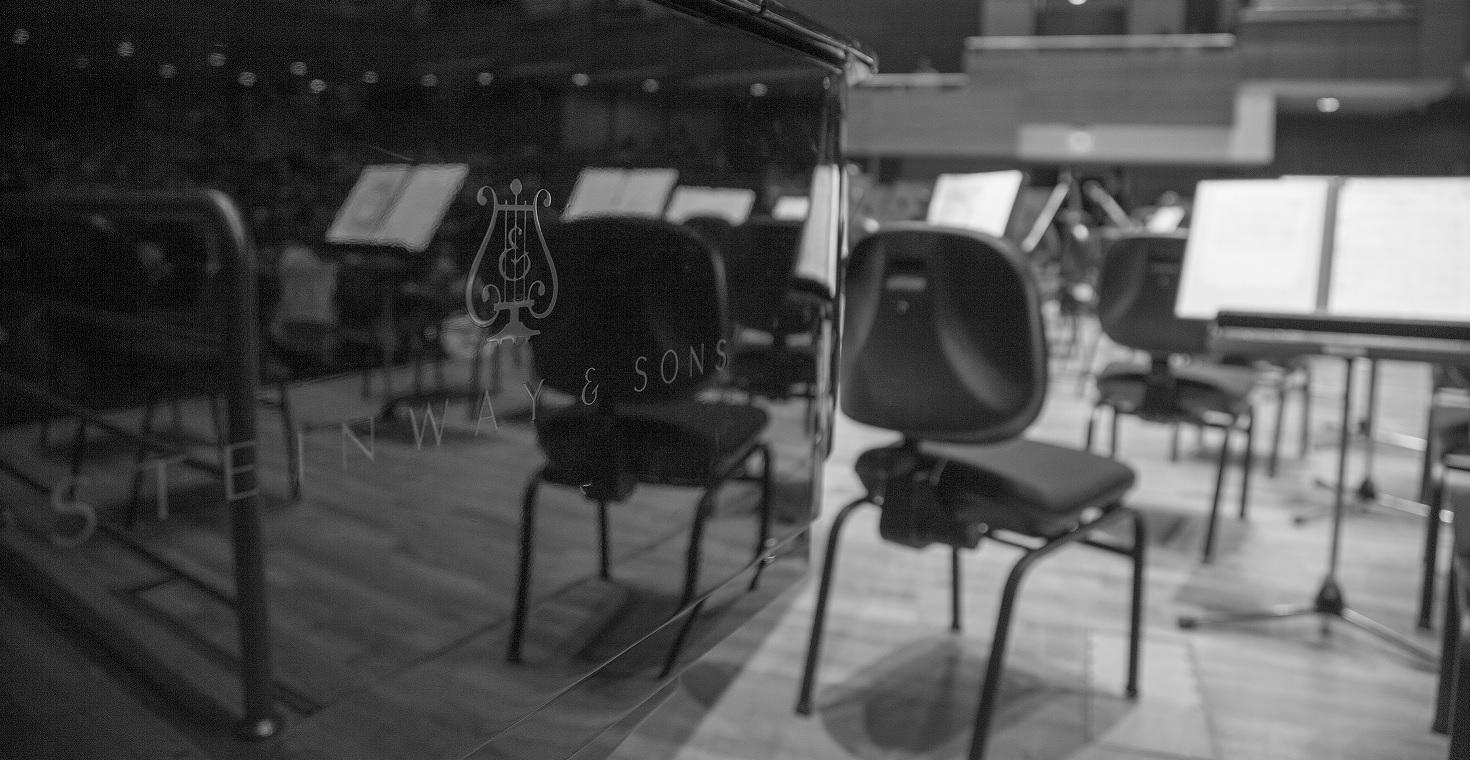 You can reach Ahmed Adnan Saygun Arts Center by taking the subway from Halkapınar İzban Station and getting off at Fahrettin Altay Subway Station.